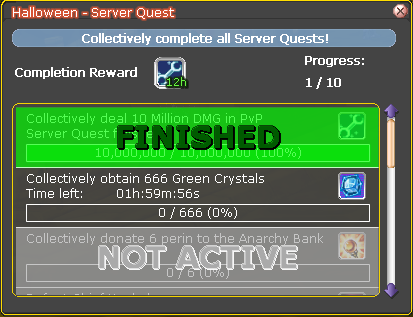 -          A new feature exclusive for the Halloween event has been added, requiring the whole server to team up!

-          For completing a Server Quest, the whole server will be buffed by the displayed Anarchy Buff with increased durations. The maximum duration for each buff was increased to 24h instead of 4h.

-          After the time of a quest ran out, it will be marked as FAILED. The completion reward is then gone.

- Flyffers! This Halloween, Monsters spawned by the evil Shade have invaded Saint Morning! Only you can stop them! Use our custom Teleporter [Hotkey : V] to participate in a high-level encounter against the all-powerful monsters, and clash against all monsters to get some great loot!

- You can enter the dungeon twice per character and six times per player. Minimum Lv. 150.

- To complete the dungeon, you have to find three imposter monsters which are protecting the boss Araxna. 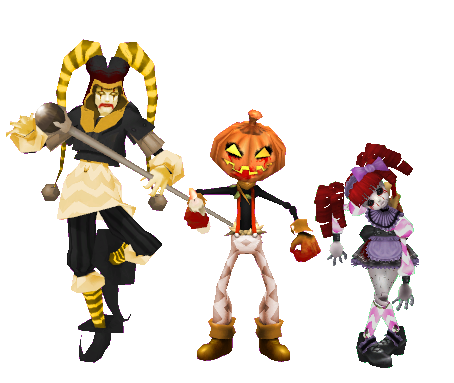 -          Madrigal and Cascada are plagued by zombies. Kill them all to get Halloween Charms or Halloween powerups! 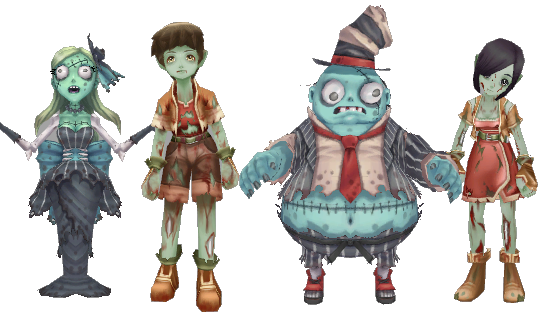 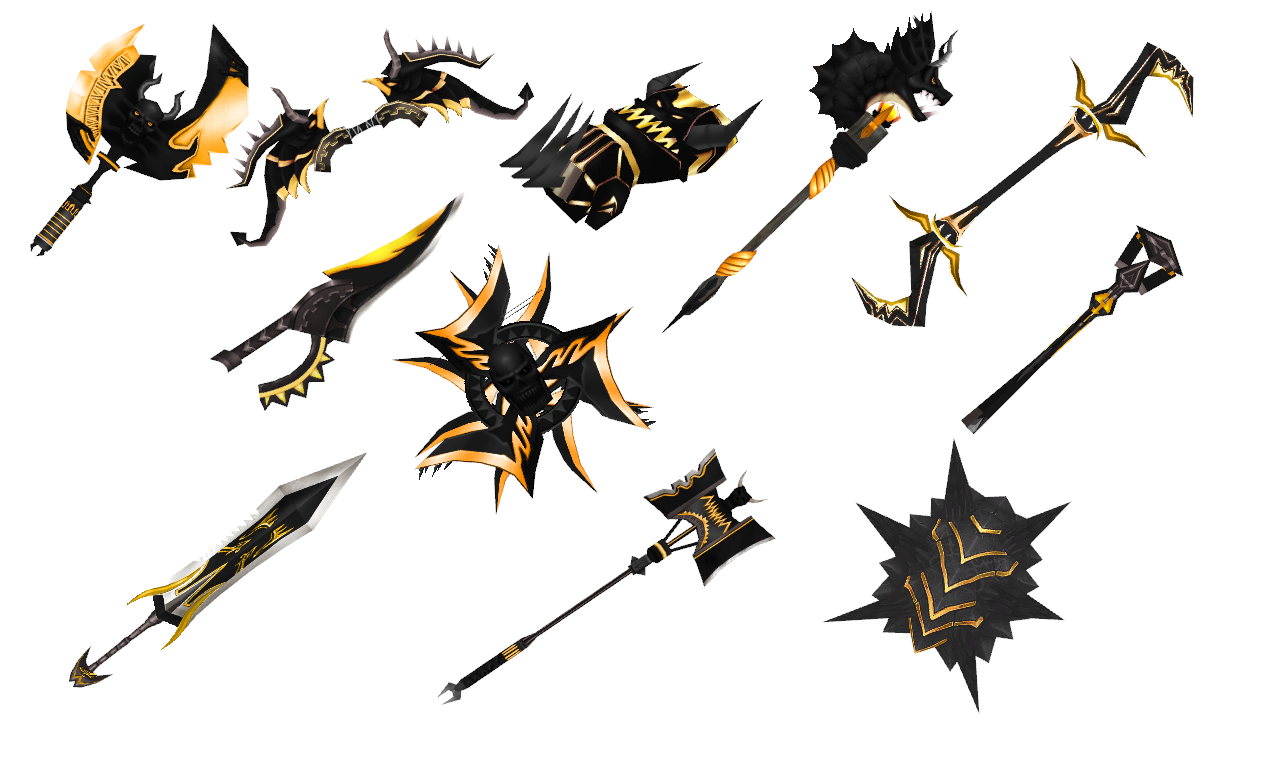 We hope you enjoy this little event!