Hi, this patch might seem small, but I've done a lot of "under the hood" work, which will hopefully decrease the lags.

- Premium (28day) Monthly Reward #2 is now available! Enjoy a FREE Fire Fox pet with your premium scroll. You can purchase this bundle from [Consumables] Gisela.

- Dungeon Entries will now be restored after a server restart. This is needed due to the frequent patches/crashes. We can not reset Entries after crashes anymore.

- Hide and Seek NPCs will only spawn in Madrigal now.

- Fixed a bug where Weekly challenges would reset upon login.

- Fixed a bug where you would tasks in Weekly/Daily challenges with a requirement of 0. If you still have one, message me on Discord with your character name and I can reset your Daily/Weekly challenges.

- Fixed a bug where +3 items wouldn't be recognized in Quick Sell.

- Fixed a bug that caused some mail to be undeletable.

- Disabled the Record Book again, as it's still a buggy mess and I didn't touch it yet.

Starting from February 14, the Valentines Quest Event will be active!

So use this time to level up your characters, farm quest items and recieve awesome exclusive rewards!

This event ends on March 1, so be quick!

now drop from monsters all throughout the land! These quest items can be used to purchase event exclusive items from [Love Goddess] Aphrodite. Here she'll sell you fashion, pets, skins and other miscellaneous items. You can find her in any major city! 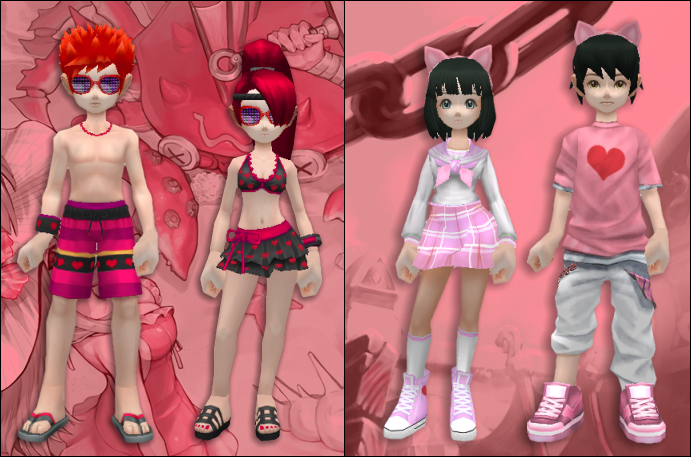 These sets are purely cosmetic and do not provide any additional stats. They can be skinned if desired.

Want to feel like a King or Queen on Valentines Day? Now you can with the King and Queen Love Sets! 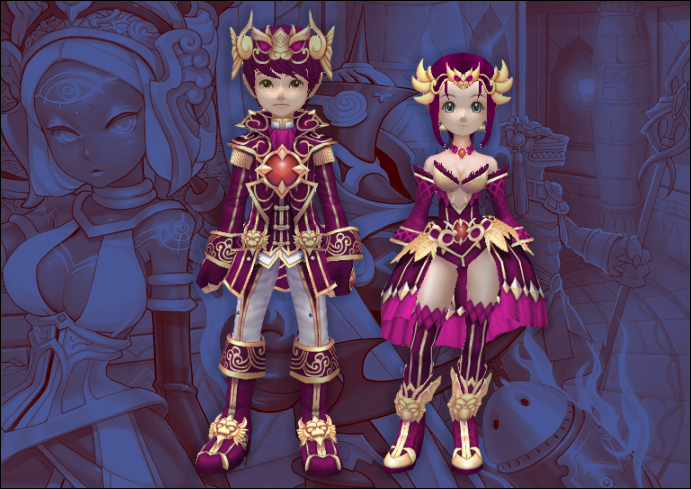 These sets are purely cosmetic and do not provide any additional stats. They can be skinned if desired.

each! It's also possible to obtain this set from the Love Royalty Set Chancebox, available for 30 CWT in NPC [Love Goddess] Aphrodite.

The [Chance Box] Love Royalty Set has the chance to contain:

These pets are purely cosmetic and do not provide any additional stats. They can be skinned if desired.

Rose Gold Angel and Bloody weapons are now also available for 4,000 and 8,000 Hearts 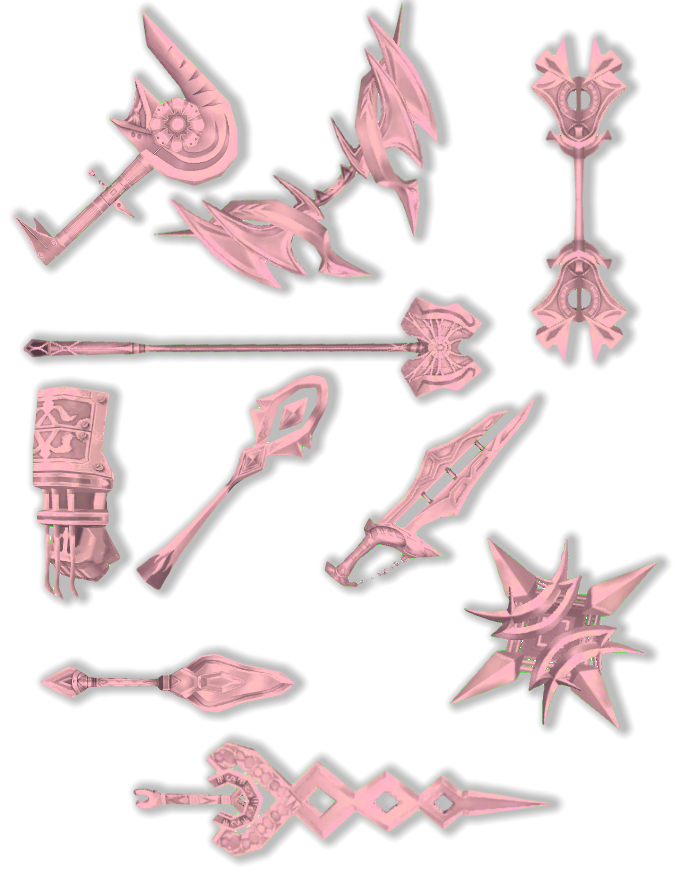 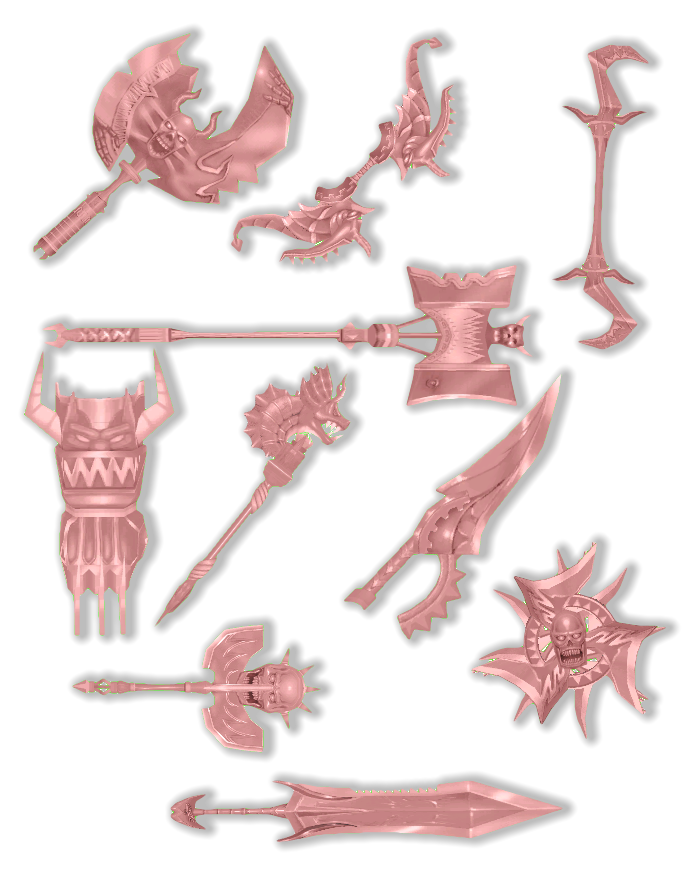 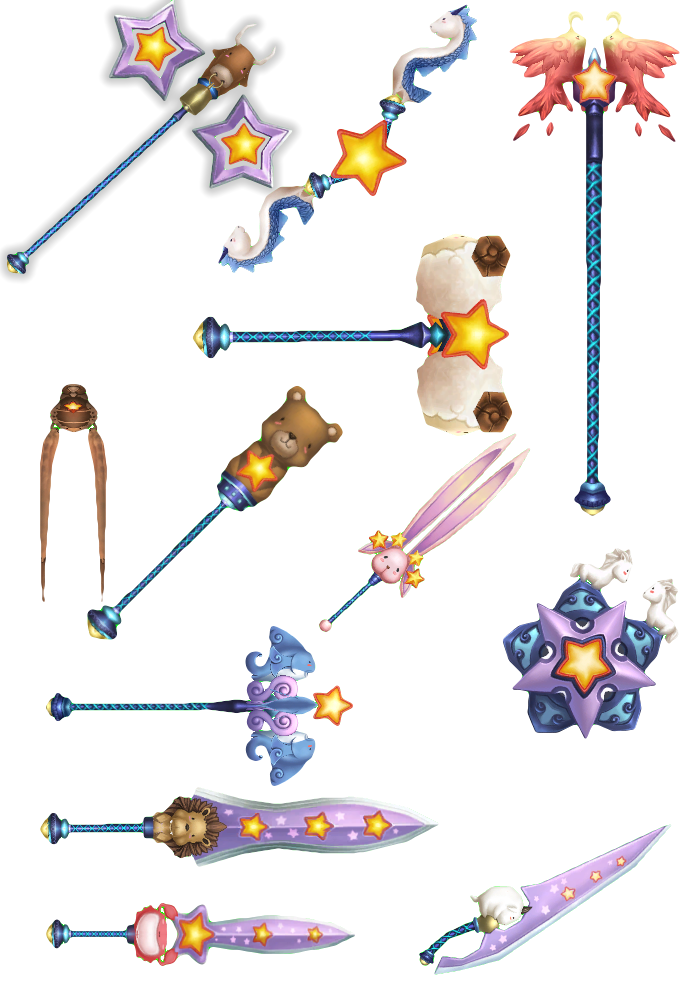 There's also miscellaneous items available from Aphrodite! Such as Love Heart Glasses in Black, Blue, Green, Purple and Red (All Stats +3), Pink Heaven Wings and more! So be sure to check it out! 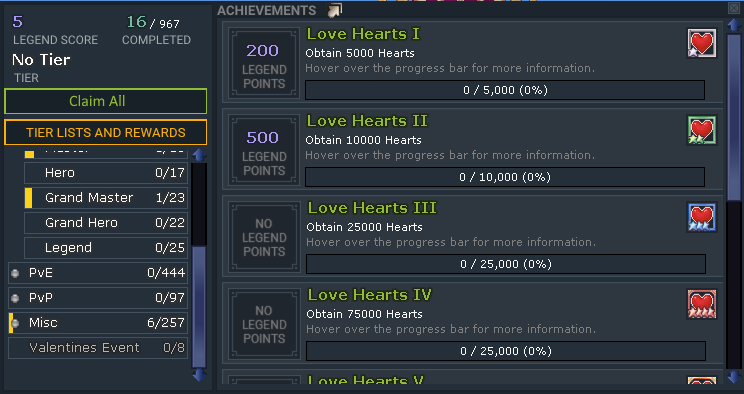 We hope you enjoy Valentines Day with us on Clockworks FlyFF, share the love and be sure to join us on Discord!

- Removed monsters getting knocked back when getting crit

- Hephaestus will spawn his minions even after he reset his HP

- Fixed Psy Auto Attacks to not be shown on other clients

- Fixed getting Red Meteonyker Daily Quest when being over Lv. 130

- Added Purple Furniture (7 Days) - This Furniture set is 60% the power of Blue Furniture Sets, and is available from the Clockworks Chip NPC Leon in both individual parts and box

- Added "Claim All" button to Achievements

- Added Fashion NPC Jacky besides Fashion Jenny NPC, he will contain new CS sets and ones that weren't released previously for CWT/Penya

- Increased max amount of guilds participating in Guild War to 15

- Increased the amount of Empty Scrolls required for creating Unbinding scrolls from 10 to 25, Reroll Dice from 10 to 15, and Angel Amplifications from 10 to 15.

- Removed objects from the middle of Siege map

- Auto-Powerups will be disabled when being AFK

- Increased the aggro range of all bosses

- New Mechanic: when the entire party attacking hephaestus wipe, his HP will reset to full.

Reason: Even though we know there are mechanics that you can use on plenty of official flyff bosses to avoid having to properly gear for the boss, we feel that Hephaestus is supposed to be the culmination of your work in the first season. Being able to (with alot of endurance and time) kill the boss with practically no gear goes against our idea of a "final boss".

- Fixed some bugs with Shop Search

- Fixed Siege winner and MVP not updating on other channels

- Fixed "Scroll of Unlimited Party Points" not being unlimited. If you purchased/used a scroll, please open a ticket and message us for a refund.